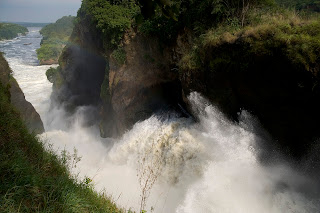 Murchison Falls, on the Nile River.
(Click for larger version)
Uganda isn’t all rural settlements and urban sprawl.  Several national parks protect spectacular natural ecosystems and landforms, including the Rwenzori Mountains, also called the Mountains of the Moon, the Bwindi Impenetrable Forest, home to mountain gorillas, Murchison Falls, pictured above, and others.
At Murchison Falls, the Victoria Nile roars through a narrow chute and over a nearly 150 foot high precipice before proceeding calmly on its crocodile-infested way through grasslands, savanna, and forests, where large herds of giraffe, elephants, ungulates, and other African wildlife are making a comeback. Tour companies in Kampala offer reasonable packages for visits to the park, which include stays in tent camps or more luxurious lodges.  Boat rides up the river to the base of the falls are available, with fantastic wildlife viewing opportunities.
Sadly, most of the kids who attend One School partner schools, have never visited a national park.  The cost of traveling and staying is too high.  National parks are a middle class luxury.
Interestingly, Ernest Hemingway almost died at Murchison Falls in 1954 as a result of two successive plane crashes.  The first augured him in at the base of the falls when his plane hit an abandoned pole and crashed.  Injured (head wound), he and his wife, Mary, also injured (broken ribs), boarded a second plane in an attempt to return to Entebbe for treatment; that plane exploded on takeoff, giving him a concussion and leakage of cerebral fluid.  Both Hemingway and Mary eventually made it to Entebbe where they were able to read obituaries that had already been written for him.   (See Wikipedia for details)
A few more images from Murchison Falls National Park are below. 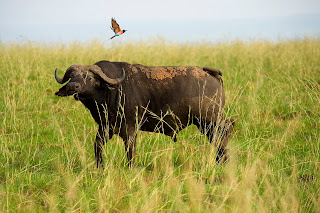 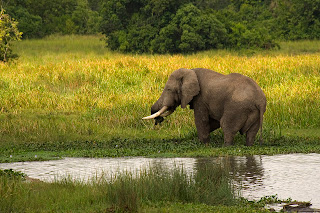 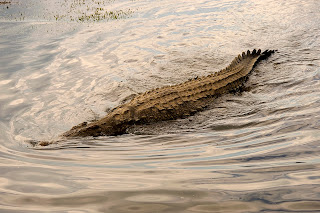 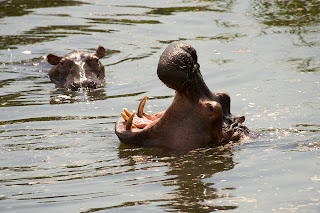